How our health care system benefits from biosimilars!

The importance of biosimilars for our health care system is immense, since they generate savings in the billions, therefore providing massive relief of the financial strain. Read more about who benefits

from the system apart from the statutory health insurance and what biosimilars signify for the access of patients with rheumatism in need of treatment with biologicals, as well as for security of supply here.

Biosimilars are successors of original biological preparations, which are comparable in their efficacy – yet demonstrably cheaper in price. The fact that they have increasingly entered the market and health care supply, has maximum positive effects in exactly those areas in which a functioning health care system is crucial, because: the competition caused by biosimilars results in sinking prices in the entire market for biologicals. Due to these massive savings, more patients receive access to treatment with biopharmaceuticals. The supply is stable – not least thanks to diversified production sites and the strong industrial hub of Europe.

THE COMPETITION IS WELL UNDERWAY

In 2006, Omnitrope®, the first successor product to a biopharmaceutical came onto the market after patent expiration – and the success of biosimilars was launched. Early on, doctors, associations of statutory health care physicians, patients and patient associations began to pay closer attention to biosimilars.

Associations of statutory health care physicians provided information and elucidation for doctors and patients. Equally, the health insurance providers did their part to enable and expand biosimilar access and supply.

How well the competition is functioning was demonstrated in 2018 with the patent expiration of the until then worldwide highest-selling pharmaceutical Humira® (active pharmaceutical ingredient: Adalimumab): for the first time three biosimilars simultaneously were waiting in the wings from the very first day and ignited the competition. The results were noticeable reductions in prices.

In the subsequent months, more manufacturers joined – with the result: Just a few months after patent expiration of Humira®, more than half of the required daily defined doses were supplied by biosimilars.

Faster and faster: the market penetration with biosimilars

A look at the active pharmaceutical ingredients overall shows: With increasing competition on the market and increasing familiarity of medical practitioners and specialists with biosimilars, the time biosimilars require to reach 50 per cent market share decreases by half. Where it took infliximab and etanercept 26 or 25 months respectively, rituximab and adalimumab required only 11 or 12 months respectively for market penetration.

The competition leads to savings

Biological pharmaceuticals are used in the treatment of a variety of severe illnesses. However, due to their complex manufacturing processes, they are also expensive. A large share of the financial resources for pharmaceutical expenditure of the health insurance providers is devoted to biopharmaceuticals. Biosimilars can be cause for relief of that strain.

As soon as the patent expires, biosimilars can be made available to patients. This leads to sinking prices. It should be noted, that this does not just concern the prices of biosimilars, but also the price of the initial supplier’s original preparation, since the initial manufacturers, too, are submitted to further pressures to allow price reductions for the health insurances.

Caused by the competition among biosimilars, the sinking therapy costs don’t just relieve the pressure on the statutory health insurances, they also enable more and more patients access to new and advanced therapies. All the while reducing the costs: Despite the rise in prescriptions by 29 per cent, the real expenses of the health insurance providers sank by 11 per cent.

Patients’ waiting time for treatment with biologicals today shorter than ever

The waiting time, too, meaning the time period during which, for example, patients with severe rheumatism are prescribed a chemical basic therapy until their doctor prescribes a biological has shortened significantly. This is what a survey in context of a so-called PHARAO-study, undertaken by the Bavarian Association of Statutory Health Insurance Physicians (KVB) on behalf of the AG Pro Biosimilars has shown.

Accordingly, patients nowadays receive a prescription for a biopharmaceutical much sooner than they did, for example, six years ago. While a patient with rheumatism had to wait 7,4 years on average in 2015, now the waiting time for treatment with biologicals has shortened to an average of 0,3 years.

More patients were treated with a biological

A study by AG Pro Biosimilars shows how the health care system benefits from biosimilars. Read more about the key findings of our analysis here. (In German)

Key findings of the study 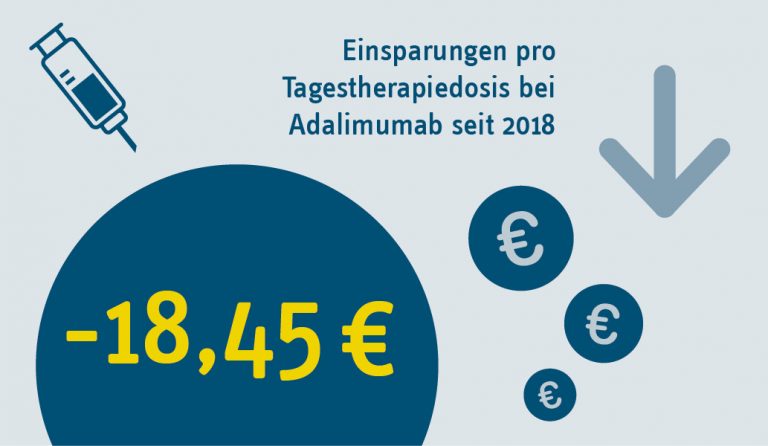 As opposed to chemically synthesised pharmaceuticals, biosimilars guarantee security of supply to a much greater degree. A healthy market environment evidently leads to conditions in which zero to no shortages occur. Further, the few shortages that have taken place since biosimilars first entered the market always remained temporary shortfalls.

This demonstrates that biosimilars benefit simultaneously from Europe as a strong industrial hub and globally diversified production and supply chains, meaning the current regulatory framework provides enough leeway for companies and manufacturers to keep their supply chains resilient and thus the supply continuously stable.

Diversified production and the strength of Europe as an industry hub

A look at the manufacturing sites of biosimilars reveals that they are evenly spread across the globe. Further, the distribution on the map demonstrates the strength of Europe as an industry hub.

Accordingly, 56 per cent of the currently required daily defined doses of biosimilars in Germany originate from Europe. Austria and Germany currently manufacture the most products for the German market – each responsible for 8 biosimilars. Not only does this positively affect security of supply, it also shows there are actually companies in Germany and in Europe who still invest in local and European production. That the necessary expertise is available here was most recently demonstrated by the biotech sector, who contributed to the development of vaccines against COVID-19, essential for the care of many patients.

The more recent the patent expiration, the faster the respective biosimilars entered the market.

Biosimilars lower the prices. Not only are they inherently cheaper, they also cause a reduction in the price of the original / reference product.

Thanks to biosimilars, more patients have access to therapies with biologicals, while the costs for the health care providers continue sinking.

Biosimilars have resilient supply chains guaranteeing a maximum of security of supply.