Moreover, not only has the amount of patients receiving biopharmaceuticals increased, the waiting period until the treatment has significantly decreased in recent years.

If a patient gets diagnosed with rheumatism, he or she is first treated with chemically synthesised pharmaceuticals in basis therapy. Often, these already noticeably improve the general health of patient. Oftentimes – but not always. In the latter case, patients – despite receiving treatment – continue to live with severe limitations.

That was the case for Doreen Reimann from Berlin. She has lived with rheumatoid arthritis for twenty years. In a film by the AG Pro Biosimilars, she recalls: “For many years, I walked with the rheumatism undetected experiencing severe pain. In the end, it was so painful that I had two crutches because I was no longer able to put any pressure on my hip or knee.” Even strong medication could not help her live a more carefree life as a patient with rheumatism.

A biopharmaceutical can change the life of a patient 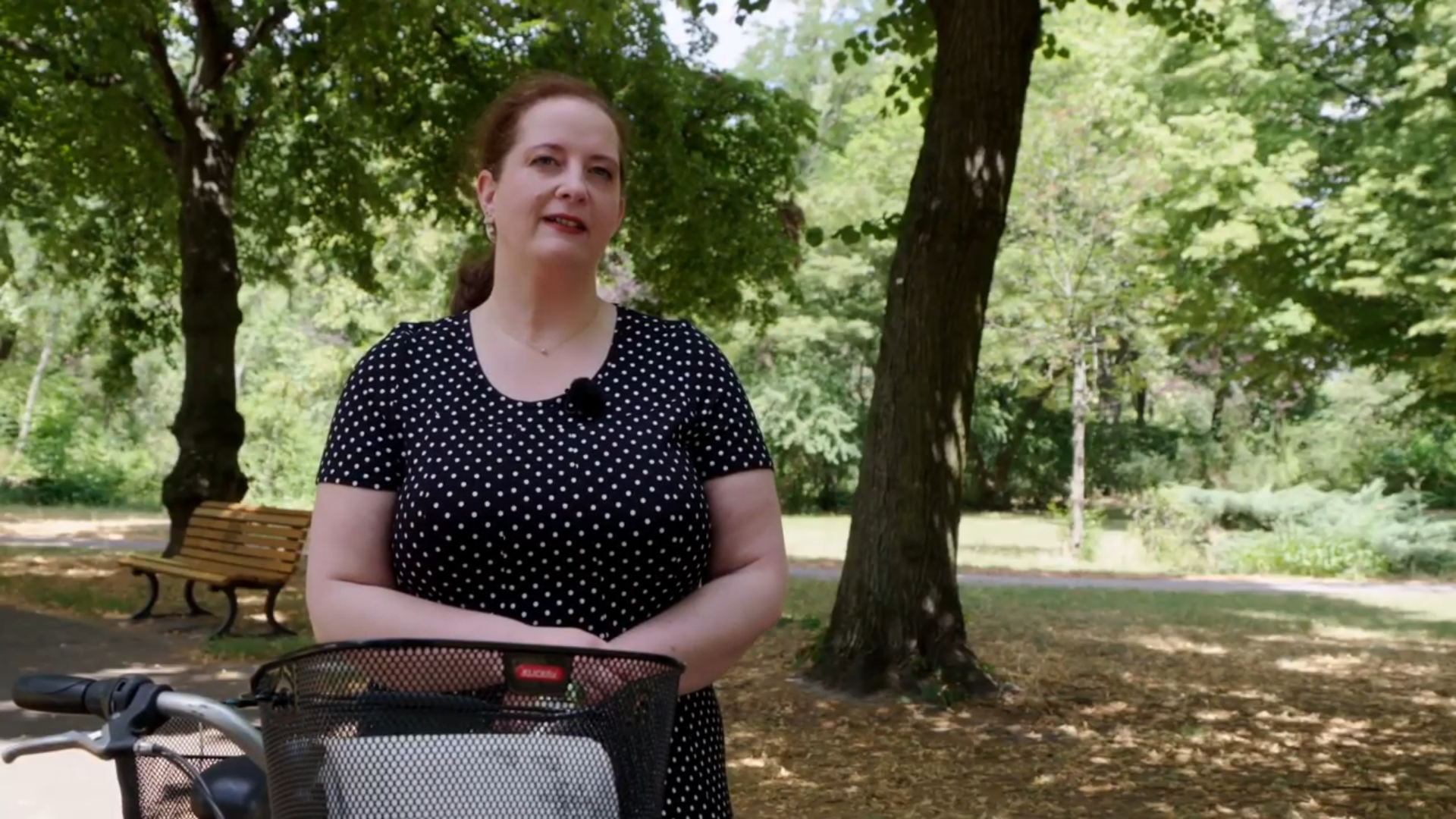 I was living with severe rheumatism for years. In the end, I had two crutches because I was no longer able to put any pressure on my hip or knee. That’s how painful it was.

As is the same for an increasing number of other patients, it was the treatment with a biopharmaceutical that revolutionised Doreen Reimann’s therapy and improved her life fundamentally. Eleven years after her diagnosis, Doreen Reimann finally received a biopharmaceutical – at the time an original preparation. Since then, she no longer needs her crutches, can work again – and even cycle.

More and more patients with rheumatism receive a biopharmaceutical 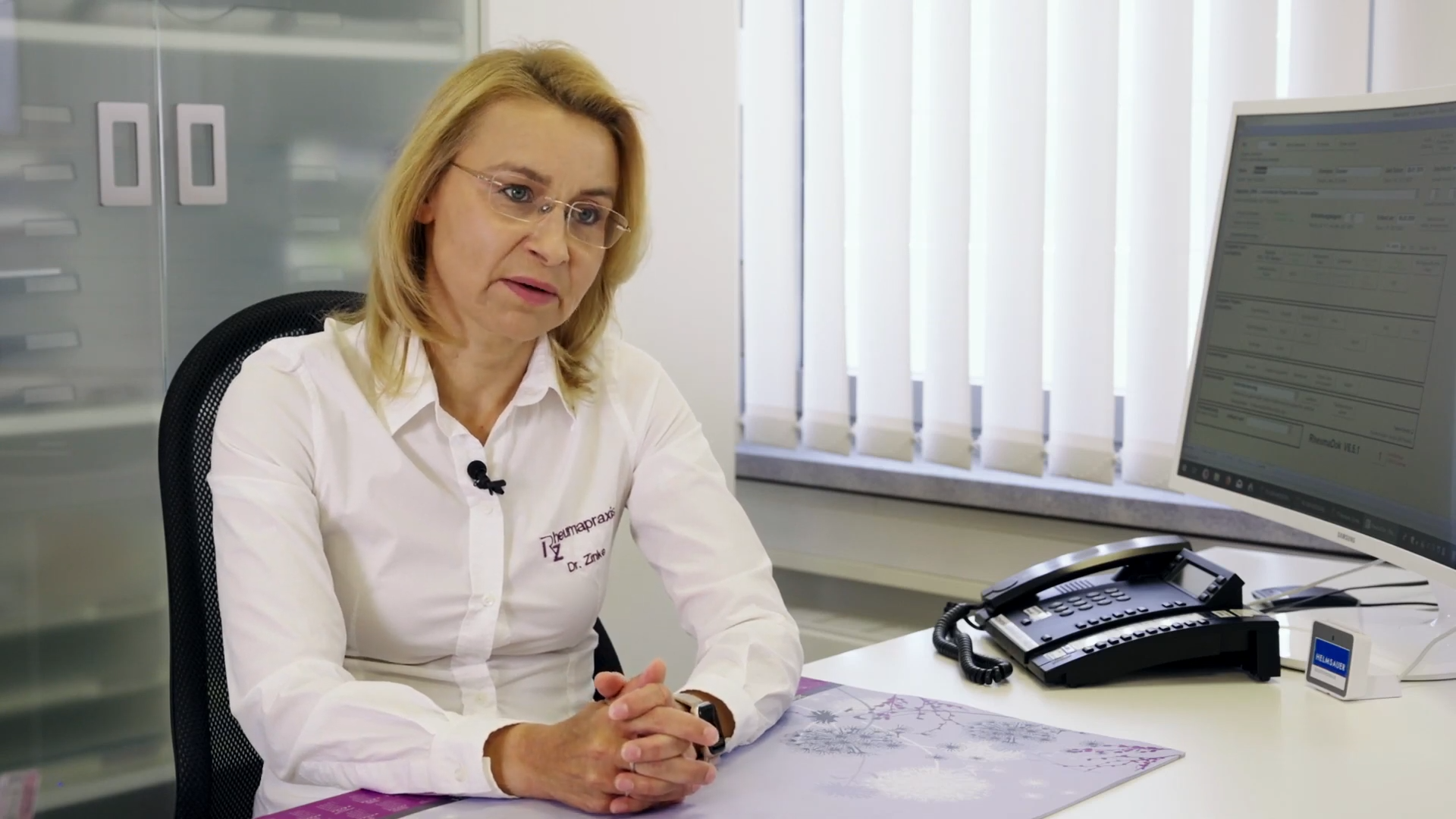 Ever since we have biosimilars, it has gotten a lot easier for doctors to prescribe biopharmaceuticals in general.

An important step not just for the patient, but also for the doctor who is treating her and prescribed her her first biopharmaceutical: “Ever since we have biosimilars, it has gotten a lot easier for doctors to prescribe biopharmaceuticals in general”, says rheumatologist Dr. Silke Zinke in the aforementioned film. “The advantage is that biosimilars have highly similar efficacy compared to the original reference products. We know this from extensive studies. What’s more, they are much more cost-effective for doctors and cheaper for patients.”

In fact, the number of patients receiving treatment with biopharmaceuticals has risen significantly in recent years. A PHARAO study of the Bavarian Association of Statutory Health Insurance Physicians (KVB) commissioned by the AG Pro Biosimilars and published in 2020 shows: The number of rheumatoid patients receiving biopharmaceuticals alone has risen by five per cent in the last five years – from 13,5% in 2014 to 18,7% in 2019. Moreover, of those 18,7 per cent, more than half of the patients received a biosimilar.

The waiting time – i.e. the time span in which patients diagnosed with severe rheumatism receive a chemical basis therapy before getting their prescription for a biopharmaceutical – has significantly decreased. Patients today receive their prescription for a biopharmaceutical much quicker than even just six years ago. This is the result of a survey conducted in the context of the abovementioned PHARAO study. While a rheumatoid patient in 2015 had to wait an average of 7,4 years for their treatment with biopharmaceuticals, the average waiting time now has shrunk to just 0,3 years. During this waiting time, patients usually receive glucocorticoids as well as other chemical pharmaceuticals such as methotrexate.

The extent to which biosimilars contributed to this development becomes clear when looking at the market launches of biosimilars in this period of time: Since 2015, a total of three biosimilars for rheumatoid patients entered the market. After every launch, the waiting period further decreased.

So too rheumatologist Dr. Silke Zinke, who switched her patient Doreen Reimann’s treatment to a biosimilar. “Ever since biosimilars exist, we can treat more patients for the same amount of money, meaning: The community of solidarity [upon which the German health care system rests] is relieved while patients receive better care.”

I never could have imagined to be able to take an active part in life again. The fact that I can do that now is like a little miracle for me.

For her patient Doreen Reimann, the transition went smoothly – the more so as her doctor thoroughly informed her about the transition, options and motives of the switch. “For me, the switch from the original to a biosimilar was free of charge. There were no changes in the handling, their appearance is very similar and I noticed no difference to the efficacy or effects of the original.” The fact that she switched to a biosimilar for financial reasons is obvious to her. She is happy that not only is she saving money, but by saving money she can make other patients’ access to treatment with biopharmaceuticals possible. “I never could have imagined to be able to take an active part in life again”, says Doreen Reimann. “The fact that I can do that now is like a little miracle for me.”

From a patient’s point of view: what happens when you switch to a biosimilar

Doreen Reimann is suffering from severe rheumatism. A biological changed her life. Find out why she switched to a biosimilar anyway here. (In German) 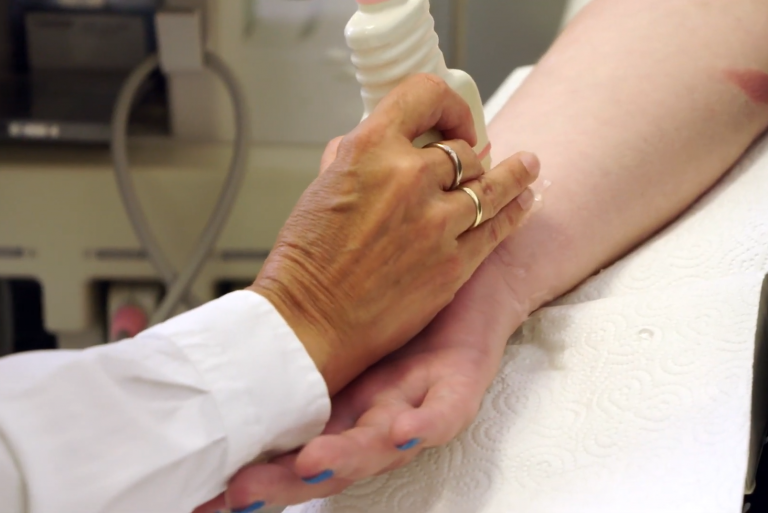